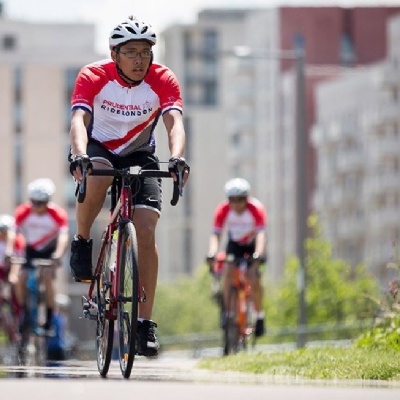 On 31st July 2016, staff and pupils of St Thomas More  took part in one of Europe’s greatest cycling event, the Prudential RideLondon 2016.

In partnership with Teach First, eight students and two members of staff took part in the ride which took place in the hills of Surrey as well as some of the capital’s most historic landmarks.  Participants represented Teach First, a charity that tackles educational inequality by placing inspiring teachers in challenging classrooms across England and Wales.
Developed by the Mayor of London in 2013, Prudential RideLondon is a world-class festival of cycling designed as a legacy of the London 2012 Olympic Games.  This year’s event also saw the introduction of the Prudential RideLondon-Surrey 46 – a 46-mile route created specifically for newer and younger cyclists – this was the route which St Thomas More students were challenged to tackle. 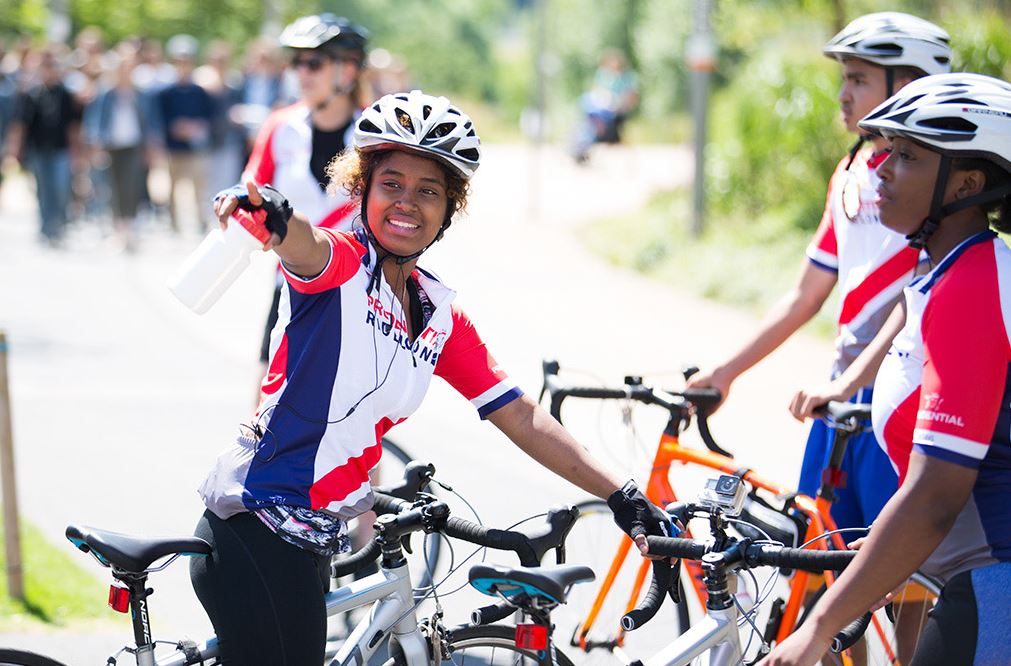 Acting Head of IT, Mr. McStravick, who himself underwent the two-year Teach First Leadership Development Programme, rode the route alongside his students and now hopes that the Prudential RideLondon mentality of challenging oneself can be instilled in his students.  Mr McStravick said, “To represent Teach First and have the students riding with us is brilliant, it’s the best thing about being able to do this.  It builds up their teamwork and confidence skills and it was great to see them cross the finishing line”.

Prudential and Evans Cycles sponsored all St Thomas More participants with their bikes for the event and provided all participants with individual sporting and psychological advice prior to the race.  In total, eight students participated in the race from St Thomas More; Daniella Asare, Stephen Teodoro, Jastin Cabus, Carl Bile, Giovanny Teodoro, Tyler Mondesir Aourarh, Aaliyah Smith and Ralph Matira.

Daniella Asare insisted that it was by the will of the crowd that she made the finish line, “I felt so good knowing that I completed it, the hills were really tough particularly towards the end where they seemed to get steeper,” she said.  “There was so much support, the crowd were really good and shouted how many miles there were to go which really gave me that extra boost I needed. I’m immensely proud of myself, I felt really good but so tired!”

Follow first-time charity riders on their journey to Prudential RideLondon at pru.co.uk/inspire 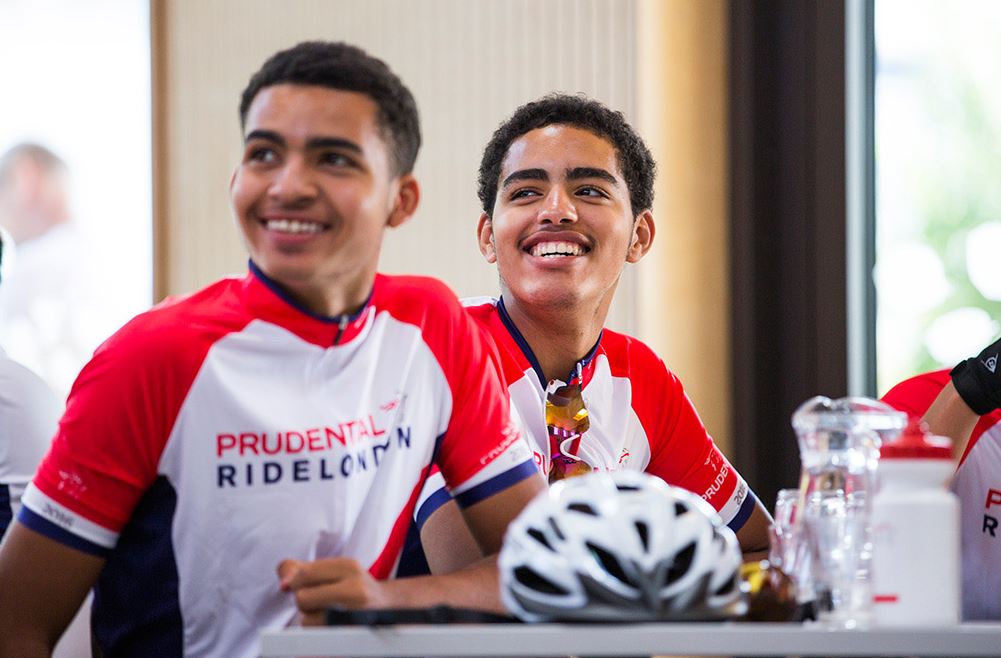