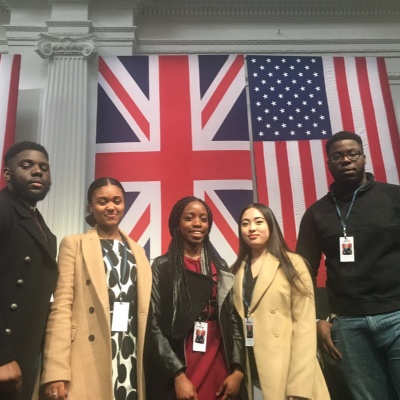 On Saturday, 23 April 2016, five Sixth Form students  attended an inspiring talk by the President of the United States of America, Barack Obama. The President’s talk made up part of his recent visit to the United Kingdom, probably the last in his presidency, to thank the British government and people for their support over his years in Office.

The school’s five students, Ola Adedokun, Tiffany Ambersley, Benjamin Parker, Julie Tran and Jeremiah Kusi-Addai, were lucky enough to be sitting only a few rows behind the President.  During his talk, he covered topics ranging from climate change to education to LBGT and his legacy.

Ola said about the experience, “He had me hooked to his every word; the one thing that resonated with me was his admittance to not knowing everything. That type of honesty, especially for a president who has to uphold his status, is amazing.”  She went on to say, “To see such an influential being in my generation was a once in a life time opportunity”.

During their visit to the talk in London, the students were also lucky enough to meet and take a photo with Baroness Karren Brady.