Pupils from St Thomas More Catholic School, along with pupils from St George’s Catholic School, Maida Vale and Bishop Douglass School, East Finchley, have successfully completed their second annual pilgrimage to Rome.  As a Catholic school, St Thomas More is committed to developing pupils spiritually and the annual pilgrimage to Rome enables pupils from all religious backgrounds to grow as individuals.

On the first day of the trip, pupils and supporting staff were privileged to be present at the Papal audience with thirty thousand other pilgrims at St. Peter’s Square. The time spent at the Vatican was not only memorable for pupils but their fascination and understanding of art, sculpture and mosaic has been vastly expanded.
On the second day, pupils visited one of the world’s ancient monuments, The Colosseum. Tour guides explained the purpose of the antediluvian structure and its reputation as a sacred spot where Christian martyrs met their untimely fate.  A walking tour of the Roman Forum followed during which pupils’ and teachers’ knowledge of the Roman Empire and various Emperors’ work was further developed. 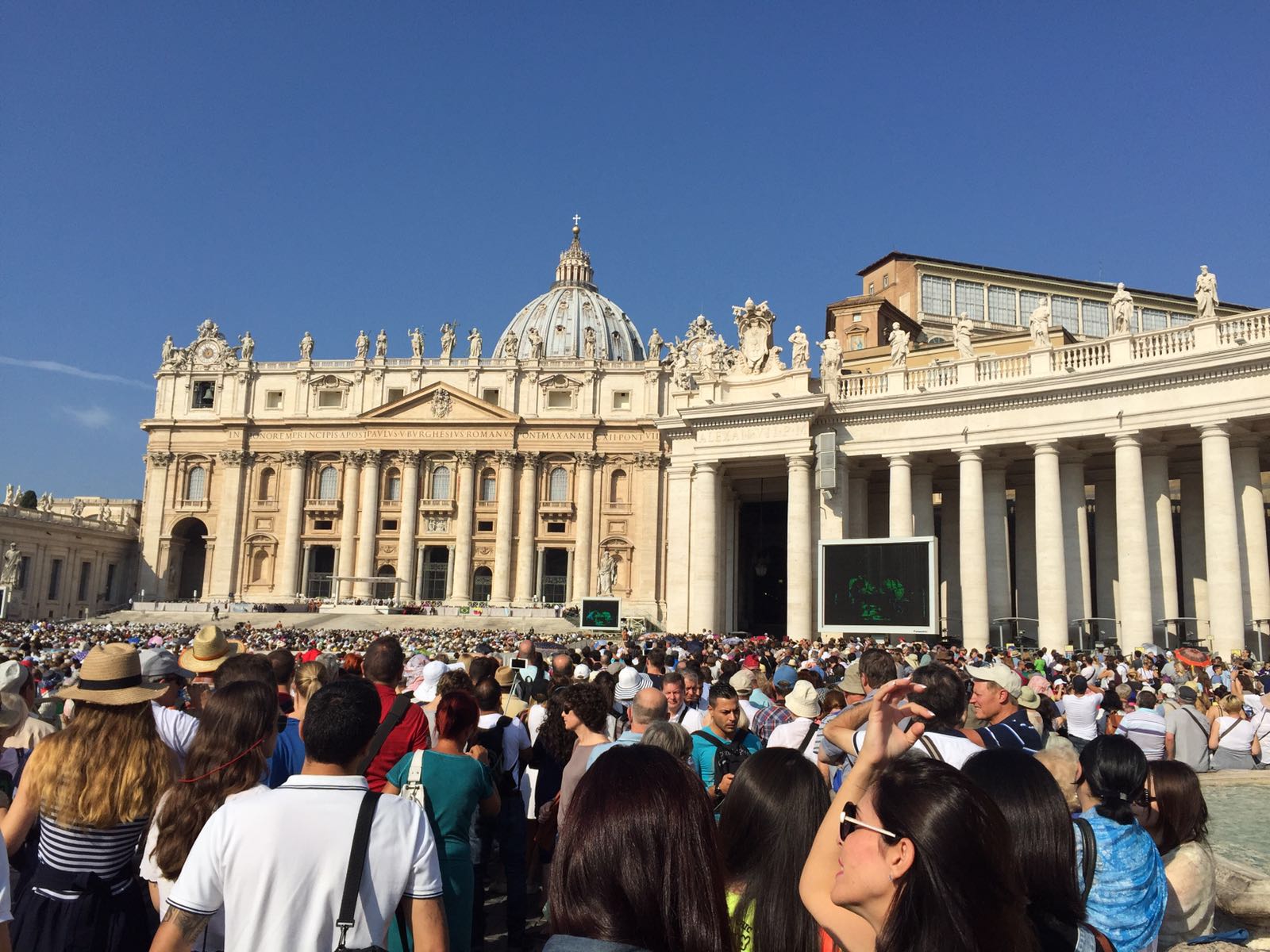 During the trip, pupils embarked on an excursion to see Rome’s fascinating fountains and churches.  Ms Henry and Mr Narisetti, teachers from St Thomas More and Bishop Douglass respectively, explained to pupils the importance of the various places visited, such as The Church of St. Ignatius of Loyola, the Trevi Fountain and the Spanish Steps.
Pupils were also lucky enough to experience the ‘Time Elevator’ - a 5D experience of a journey through time.  Pupils saw two shows as part of the experience - ‘The History of Rome’ and ‘The Beginnings of the Universe’.  Both these shows were highly appreciated and thoroughly enjoyed by all.

This trip was a great learning experience for pupils.  Many were away from their families for the very first time and had to be responsible for going to bed early enough in order to be ready for the demands of the next day. Quite importantly, they had the added pressure of budgeting their pocket money for the week so they always had enough for lunch after spending on souvenirs and other gifts. Pupils improved their bargaining skills with street vendors and learned how to travel safely and at the same time enjoy the company of one another.