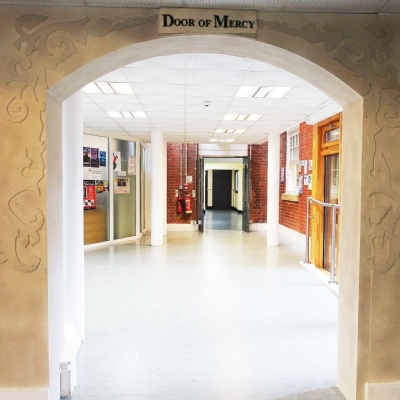 During the month of May, Father Chris Connor opened the school's Door of Mercy during weekly voluntary mass, which was attended by many students and staff.

One of the features to mark the Jubilee of Mercy is the opening of a Holy Door.  On Tuesday, 8 December 2015, Pope Francis opened the original Holy Door at St Peter's Basilica in Rome.  This is the first time it has been opened since the turn of the century.  It marks the official start of a year laden with symbolism for Catholics across the world.

Pope Francis has explained that, “To pass through the Holy Door means to rediscover the infinite mercy of the father who welcomes everyone and goes out personally to encounter each of them”.

The Year of Mercy is a time for the Church and Catholics everywhere to show mercy and compassion in our thoughts and our deeds.  There is also a focus on forgiveness, reconciliation and doing good work for the needy and those on the boundaries of society. It is also a sign of spiritual renewal, and the passage from sin to grace.

Students  have been taught about the purpose of the ‘Door of Mercy’ and how important it is to ask for forgiveness for the wrong that we have done to others as we pass through the Door. 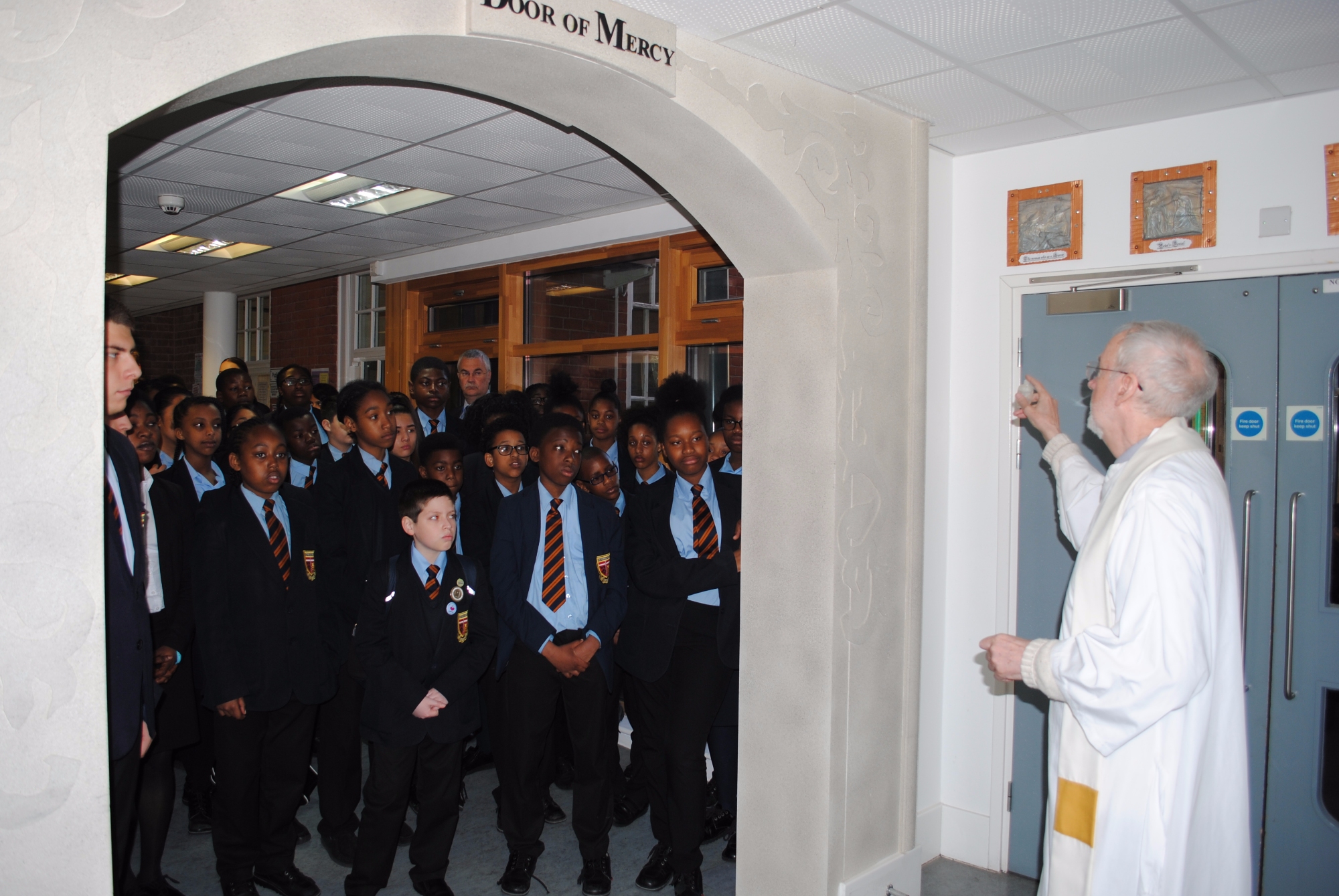