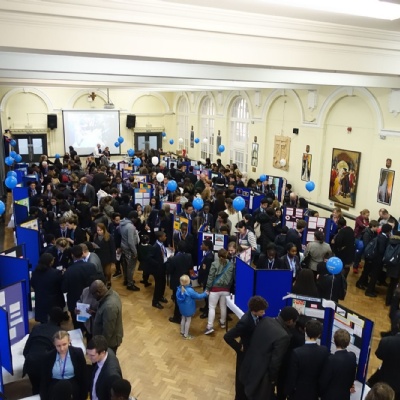 British Science Week is a national event which highlights the importance of science to the future development of our society and economy.  This year, the week ran from 13 to 17 March 2017.

Throughout the week, pupils had the opportunity to take part in lunchtime activities, enabling them to interact with scientific phenomena, with a notable highlight of one pupil being able to pick up 157 small pieces of paper with a balloon due to static electricity.  Pupils were challenged to consider how the theory covered in class relates to current research and societal issues as well as how this ultimately informs government policies.

The vast array of activities on offer during the week, catering for all ages, enabled pupils to explore new concepts, engage in deep discussion, and most importantly, to become fascinated by the world we live in. Additionally, St Thomas More hosted a visit from the Urban Farm, open for all pupils to attend. The pupils were fascinated to learn about a range of reptiles and apply the knowledge acquired in the classroom to the real-world applications of science. 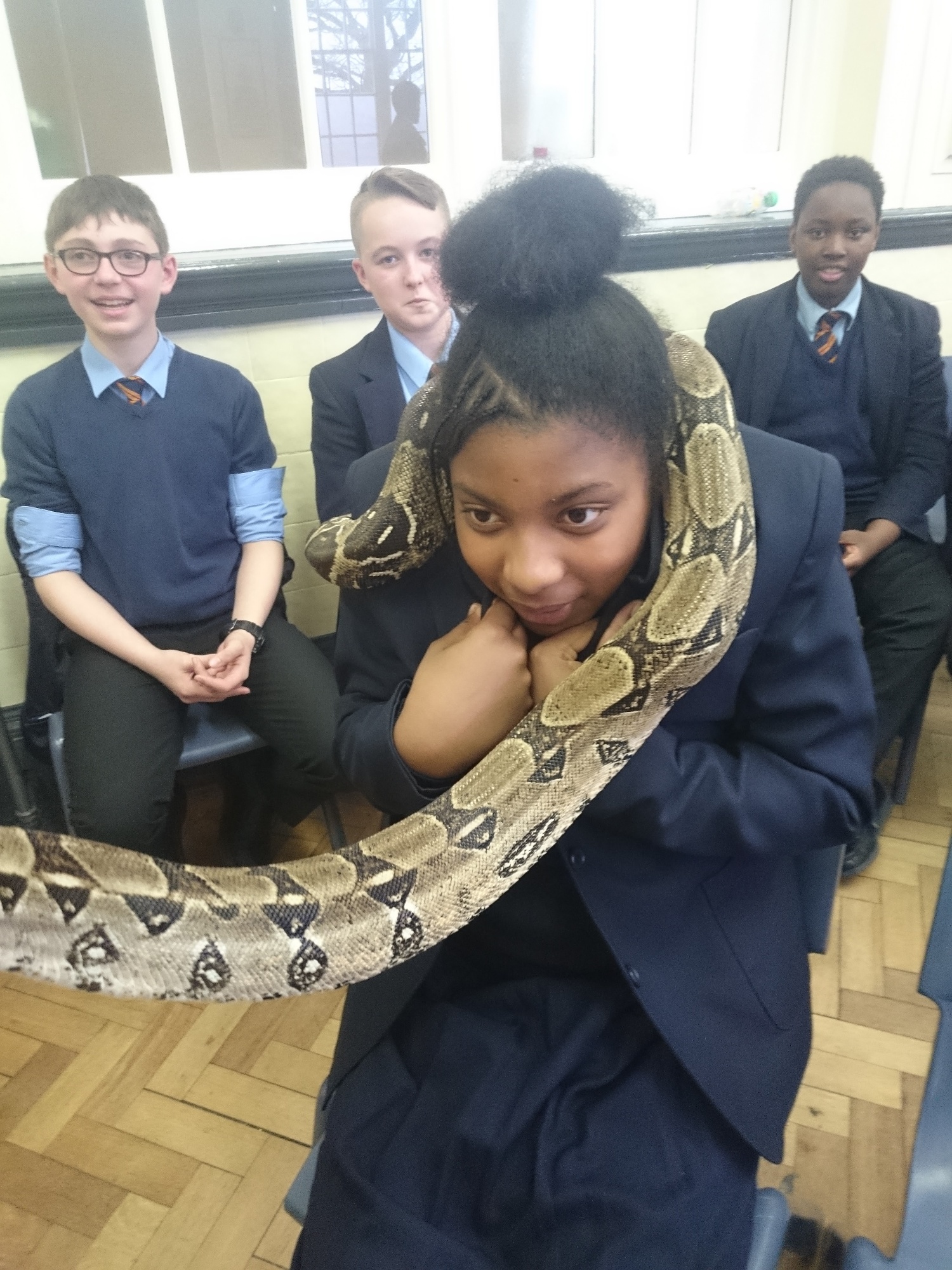 On Tuesday, 14 March, Year 7 pupils had the chance to explore the power of science and get ‘hands-on’ with science, technology, engineering and mathematics (STEM) subjects through attending The Big Bang Fair at the NEC in Birmingham. Whilst there, pupils experienced a combination of interactive workshops, exhibits and career information from STEM professionals. Visiting pupils felt incredibly proud to support two of the school’s very own Year 9 pupils, Chriso Panayi and Eriver Kawuma, who had made it to the finals of The Big Bang UK Young Scientists and Engineers Competition with their exhibit focusing on the effervescent properties of bath bombs.

The winning team, “Natural Disasters”, delivered by Kim Ly, Fallon Bourne, Shinee Gunasekara and Mannab Berhanu in Year 8, demonstrated the conditions behind earthquakes and volcanoes.  The pupils also built a model volcano and were given first place for their wonderful and succinct articulation when presenting their project. The high quality of all projects delivered was a testament to the hardworking and curious nature of our pupils at St Thomas More School.