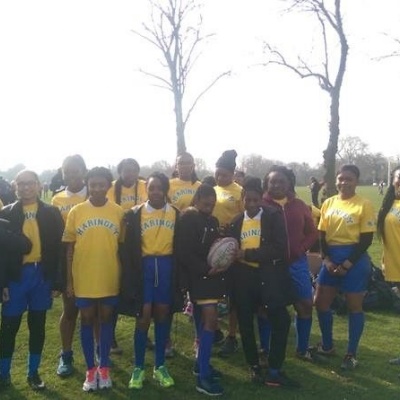 This year, the girls’ rugby team has been outstanding on the field!

In September, girls from Years 7, 8, 9 and 10 attended the Haringey Rugby Festival held at New River Stadium.  Not only did they win all of their games but both the Years 7/8 team (U13s) and Years 9/10 team (U15s) qualified to play in the London Youth Games. For many of the Year 7 girls, this was the first time they had played rugby, and not only were they fantastic, they were tackling like pros and even learnt how to play a contested scrum. 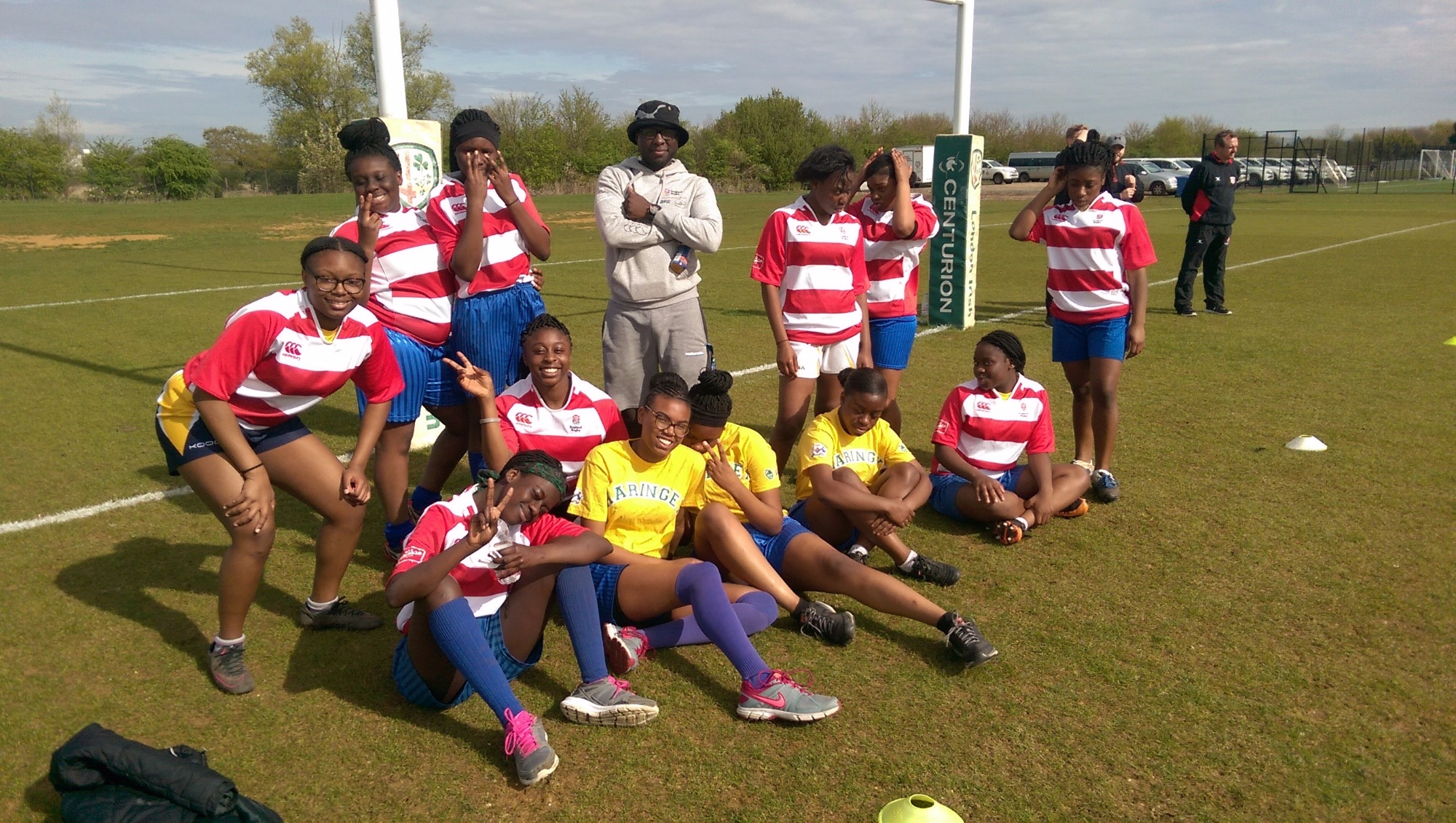 Guynele Amatcha in Year 7 was named player of the match in several games as a result of her fearless tackling and brilliant enthusiasm throughout the tournament.
Anna-Maria Dominguez Cruz in Year 8 was also scouted by the Rhinos coach after scoring over 10 tries across the tournament. 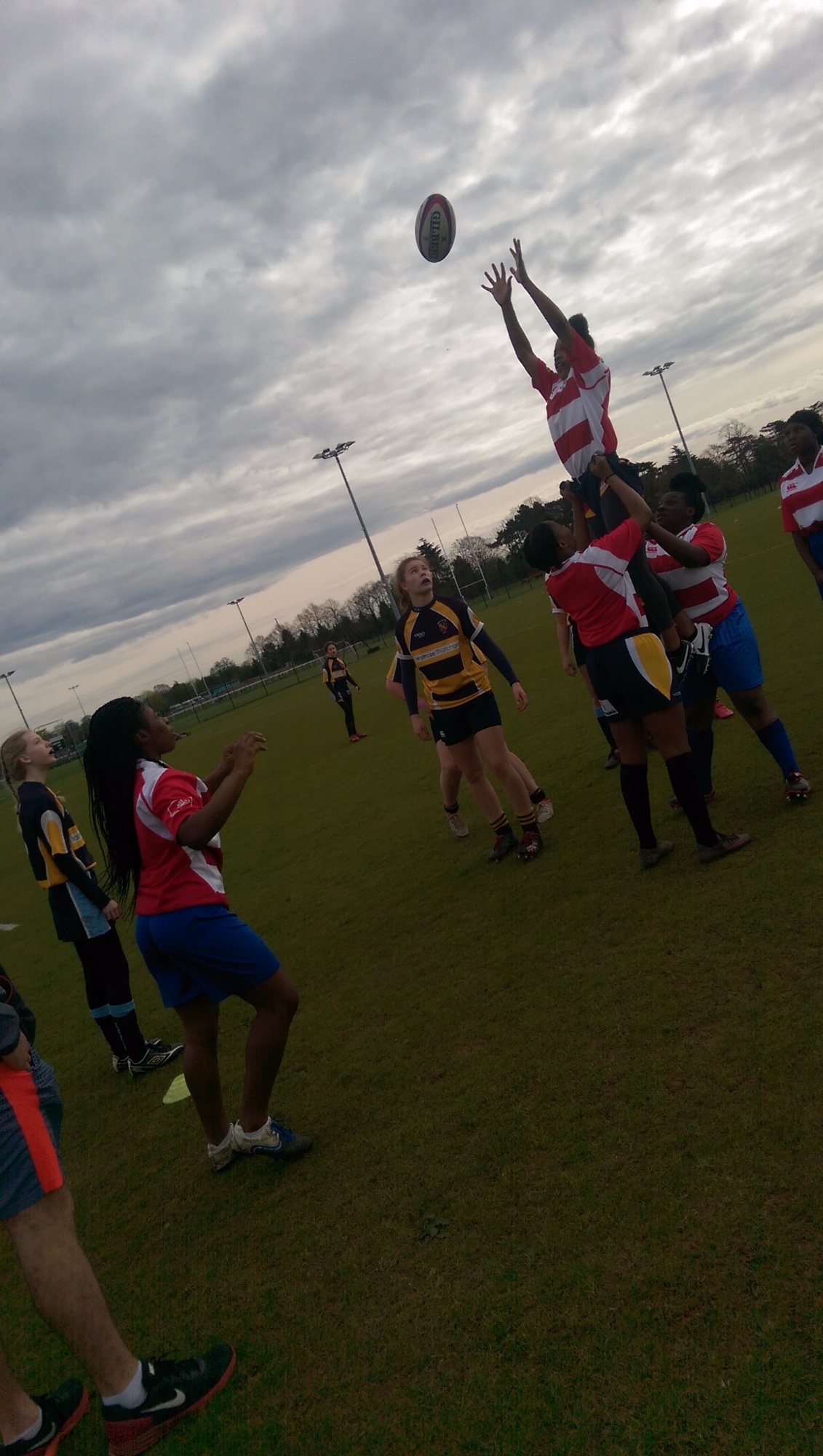 The Years 9/10 team managed to come 5th out of 17 teams and played fantastically at the festival. Furthermore, we were invited to the area finals after coming 2nd in Middlesex at the London Youth Games. The team travelled to Twickenham with Mr Omojudi and Ms Monsurate to compete in the finals. The girls represented themselves extremely well, showing amazing enthusiasm even when the games were extremely hard. The team played in a pool competing for the competition plate. After placing 5th out of 14 teams they managed to come back to school with the plate and next year will be planning to take on the same teams in order to bring home the trophy! 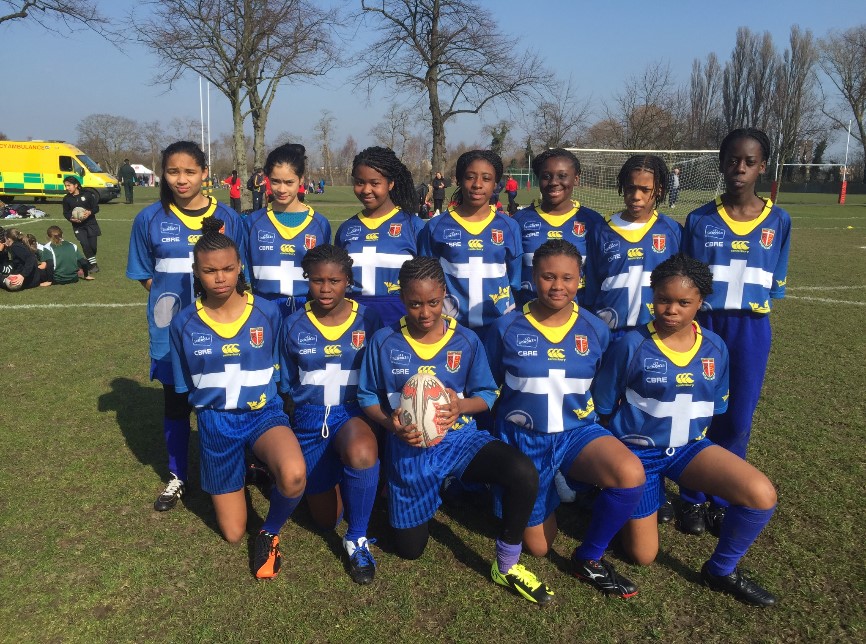 Tei-Ann Miller in Year 9 has been selected to play for South East Academy against  other  Academies in Birmingham. This is a great achievement for someone who is new to the game.  Congratulations to Tei-Ann and we wish her the best of luck!