This term, the school put on a series of wonderful performances of the school production, Joseph and the Amazing Technicolour Dreamcoat.

The drama, music, art and media departments worked tirelessly over the last few months to ensure the show was a great success, and the cast of pupils wowed audiences with their musical and acting talents.

The school has received wonderful feedback from many of those who came to see one of the performances - pupils should feel very proud of their hard work and commitment to the production. 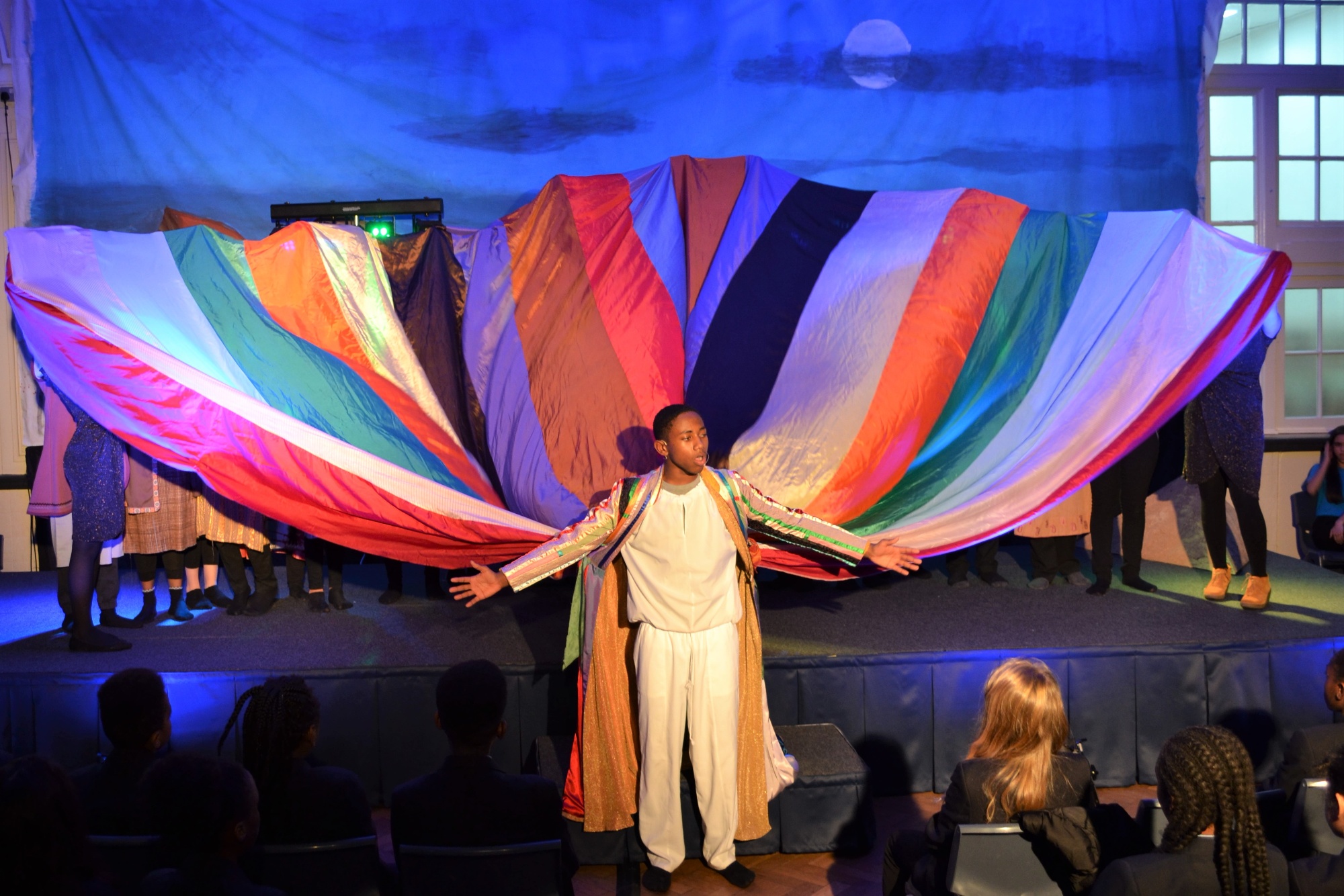 Jayden Malinzi, Year 9, who played both Pharaoh and Joseph’s brother Simeon, has written an account of the production as a cast member.

Following on from our previous school productions of ‘The Lion King’ and ‘Annie’,
St Thomas More once again did not disappoint with this year’s production of ‘Joseph and the Amazing Technicolour Dreamcoat’, by Andrew Lloyd Webber and Tim Rice.

Two evening performances took place on 6th and 7th December 2017 and the cast received standing ovations on both nights!  The musical was particularly difficult as it had very little spoken dialogue; it’s almost entirely sung.  However, the cast were able to pull if off with hard work, determination and willpower.  Both performances also features St John Vianney Primary School choir who performed to the highest standard as well! 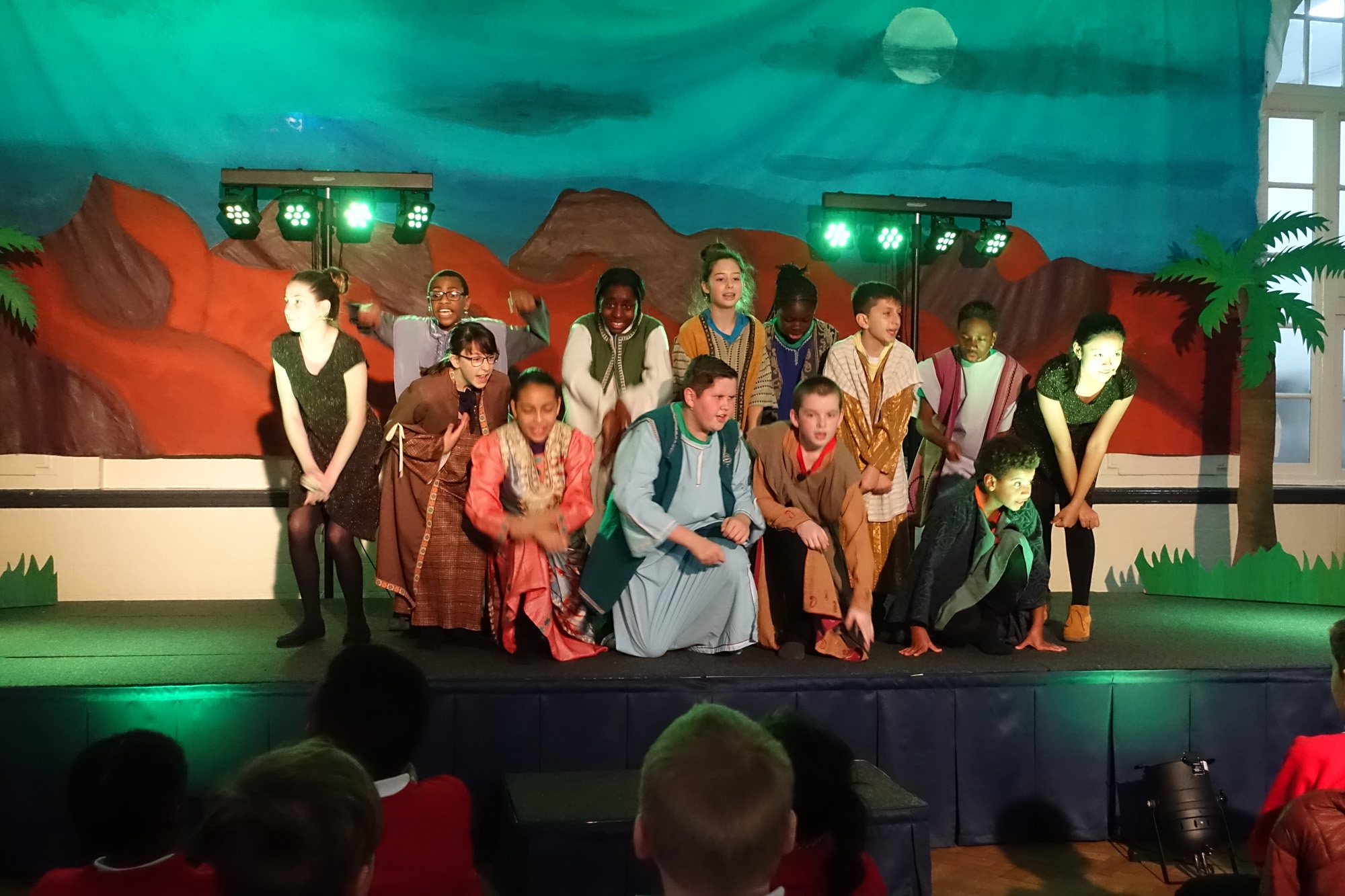 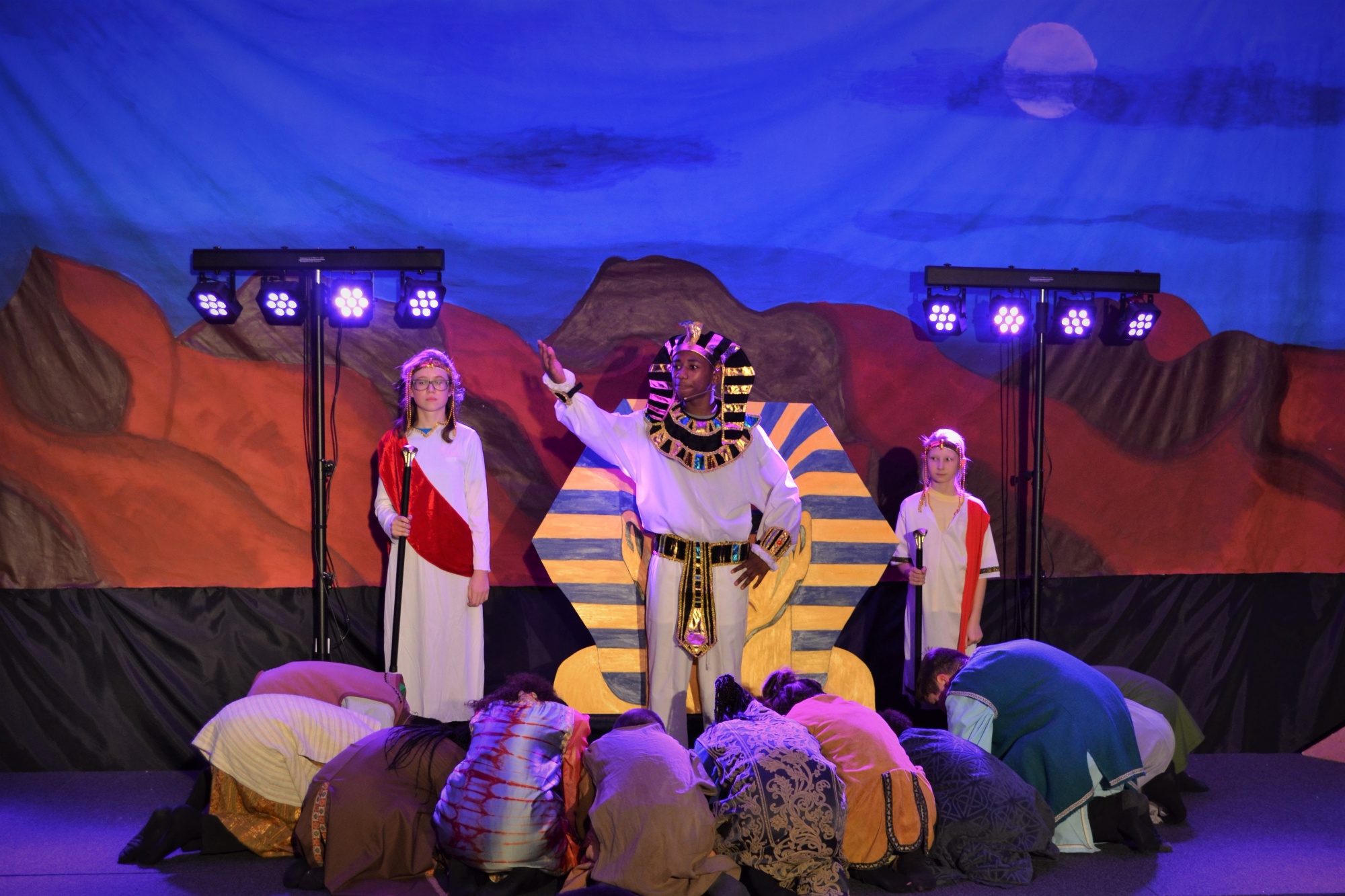