St Thomas More hosts Careers’ Fair for the Next Generation

St Thomas More School held another very successful annual Careers’ Fair this term.  The event provides a platform for Year 11 and Sixth Form students to explore future careers, professions and pathways after Sixth Form and university. Over thirty organisations were represented this year and were able to offer crucial advice and information about a wide variety of professions including law, media, journalism, banking and healthcare.

Four experts from organisations including the Arcadia Group, EY and the UK Research Office also took part in a Q&A panel and fielded questions concerning their own paths to success and the how they managed to overcome obstacles in their personal lives to still go on and succeed. Rachel Bull from the Arcadia Group spoke passionately about her career path from studying a business degree to working for the Arcadia Group in their head office in Central London as a Community Partnership Manager. Former student, Naveen Bisht, offered a lot of insight into his decision to not attend university and instead decided to train as a Commercial Pilot. 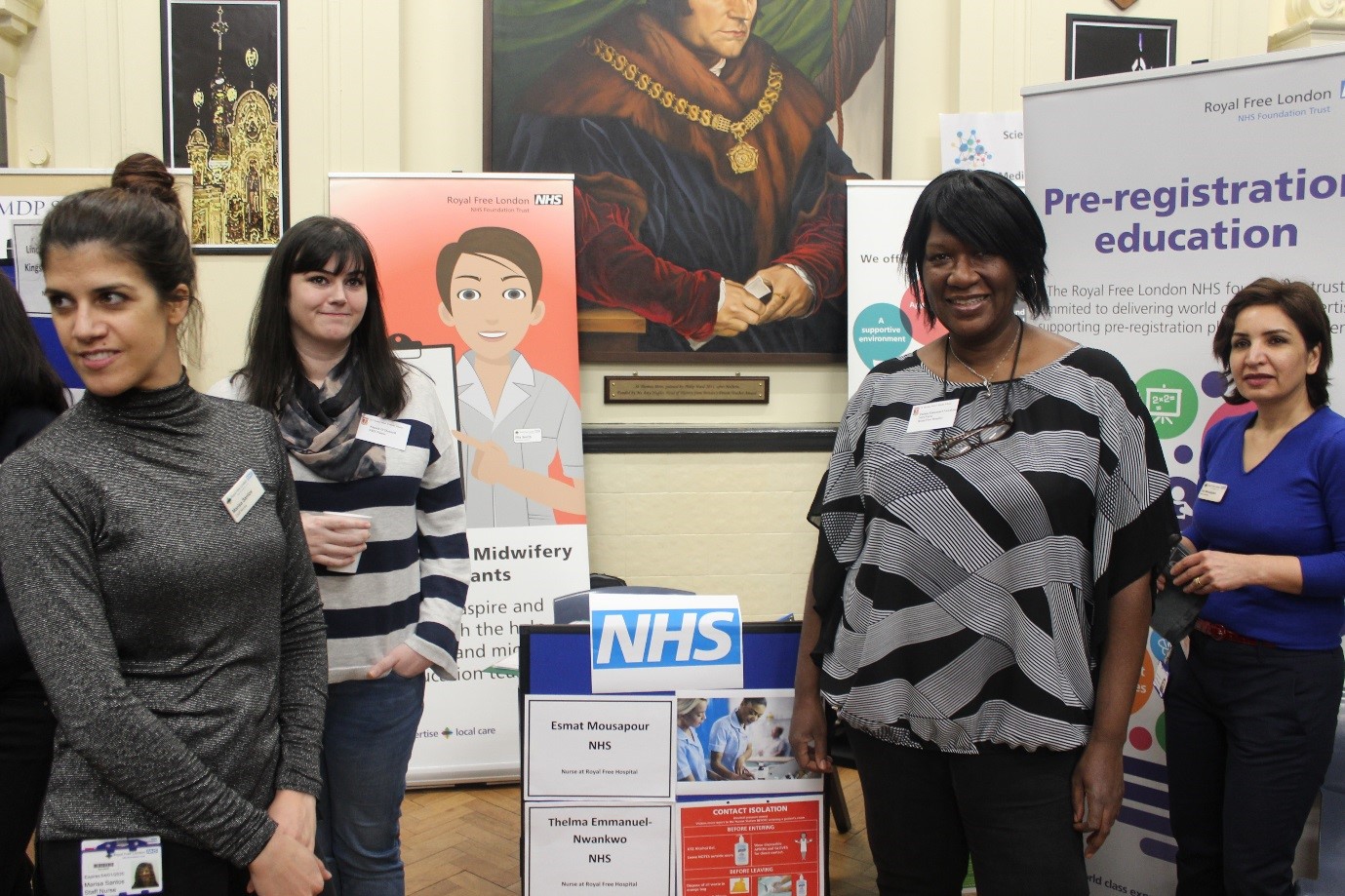 There were many organisations on hand to discuss students applying for apprenticeships, to university and alternatives to degrees. Many of the students learnt about pathways into professions they had not considered before.  A representative from Education and Employers was in attendance and provided a vast amount of information for students on Higher Level Apprenticeships.

Overall, the event was hugely beneficial for Year 11 and Sixth Form students and has hopefully inspired them to use the skills they have already to make a positive impact in the world.