On the 21st June 2016, St Thomas More Catholic School  held its own mock EU Referendum for pupils and staff.

As a culturally diverse school, the results of the EU Referendum may have a direct effect on many of the pupils who attend the school therefore, the aim was to encourage pupils to take an active part in politics and to become more aware of the value and practice of democracy.  Irrespective of their own personal views, pupils were encouraged to utilise both the traditional news media outlets and also online news sources to inform themselves of the arguments that were put forward by the leave and remain parties.

The school set up a polling station in the Glendale Hall and all pupils from Year 7 to Sixth Form were encouraged to have their say by placing a vote during break or lunch time. Pupils not only had a chance to vote but were able to gain first-hand experience of the organisation and logistics required to hold a referendum or election.  Pupils who are form representatives acted as electoral officers and the student council also played a varied and active part in holding the referendum. 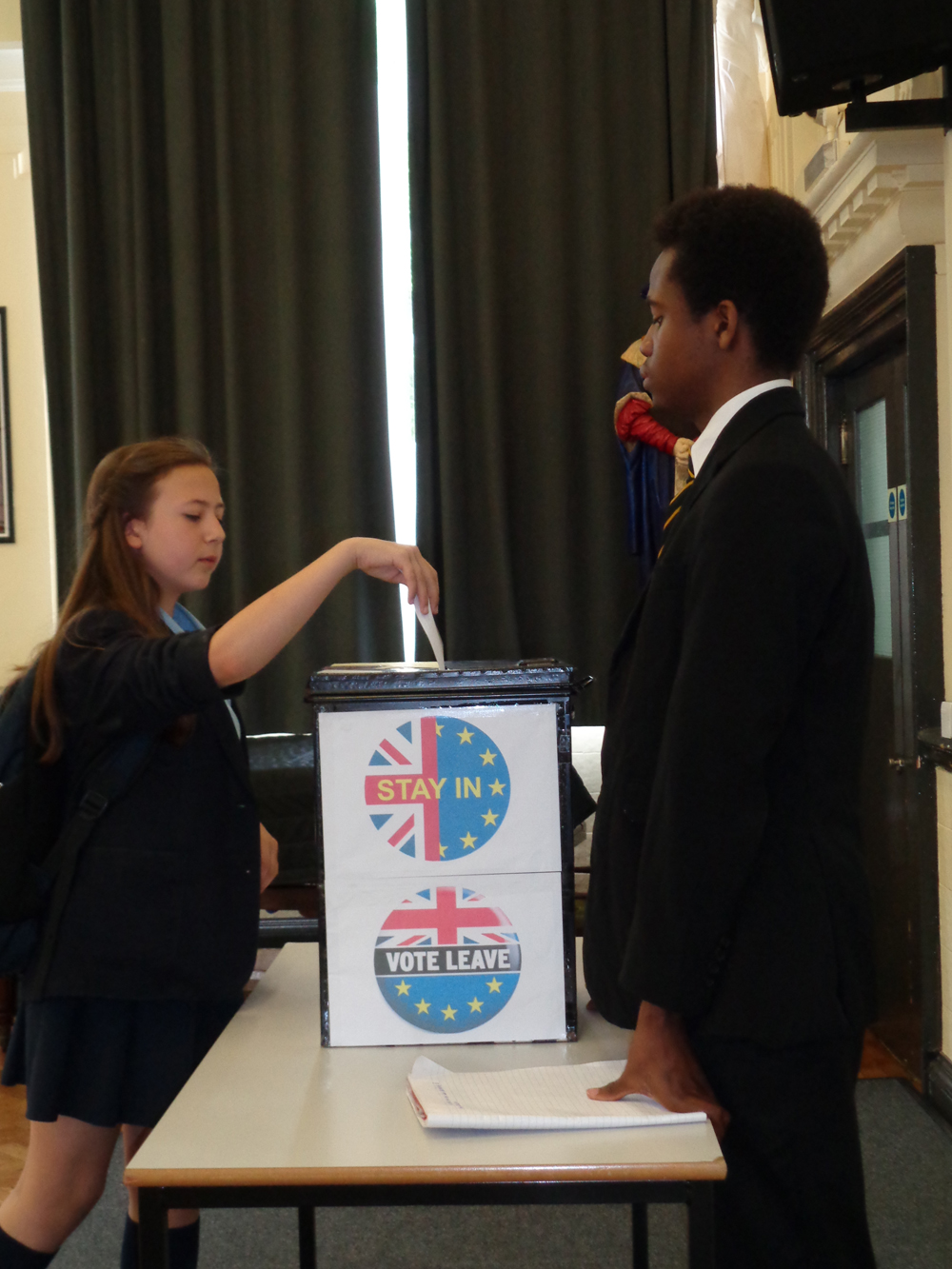