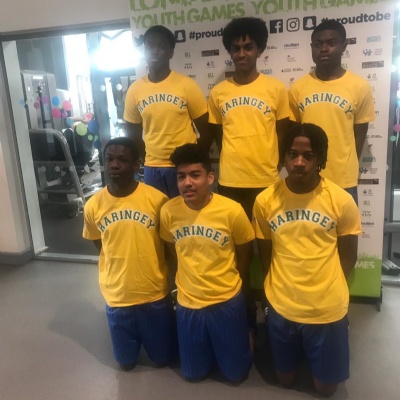 This week, St Thomas More competed in the London Youth Games for Volleyball and extended its lead in football.

After becoming Haringey Volleyball Champions, the Under 15 boys' team were put through to the London Youth Games.  The team of predominantly Year 10 pupils competed against various schools across the capital.  The boys finished 8th out of the 33 teams competing.  A good achievement for Ronaldinho, Jose, Halvin, Prince and Nahome.

The Year 8 boys' team extended their lead at the top of the Haringey table after beating Gladesmore 6-1.  Rennie, Lamarhio, Brook and David all scored on the day to confirm the victory.  St Thomas More is now 3 points ahead of Fortismere in the Haringey League.