This week has seen as visit from an ex-pupil and professional basketball player, as well as fantastic achievements in basketball and athletics.

Former pupil and professional basketball player Ryan Martin visited the school this week to deliver a motivational talk to various PE classes. Ryan Martin explained the process of his transition from being a St Thomas More pupil to a professional basketball player. The pupils received inspirational words on how to persevere through difficult times, regardless of what hobby or career path they choose. He also spent the lunch period partaking in a free
throw shoot-out challenge, signing autographs and played Stefanos Chatziplis one-on-one. 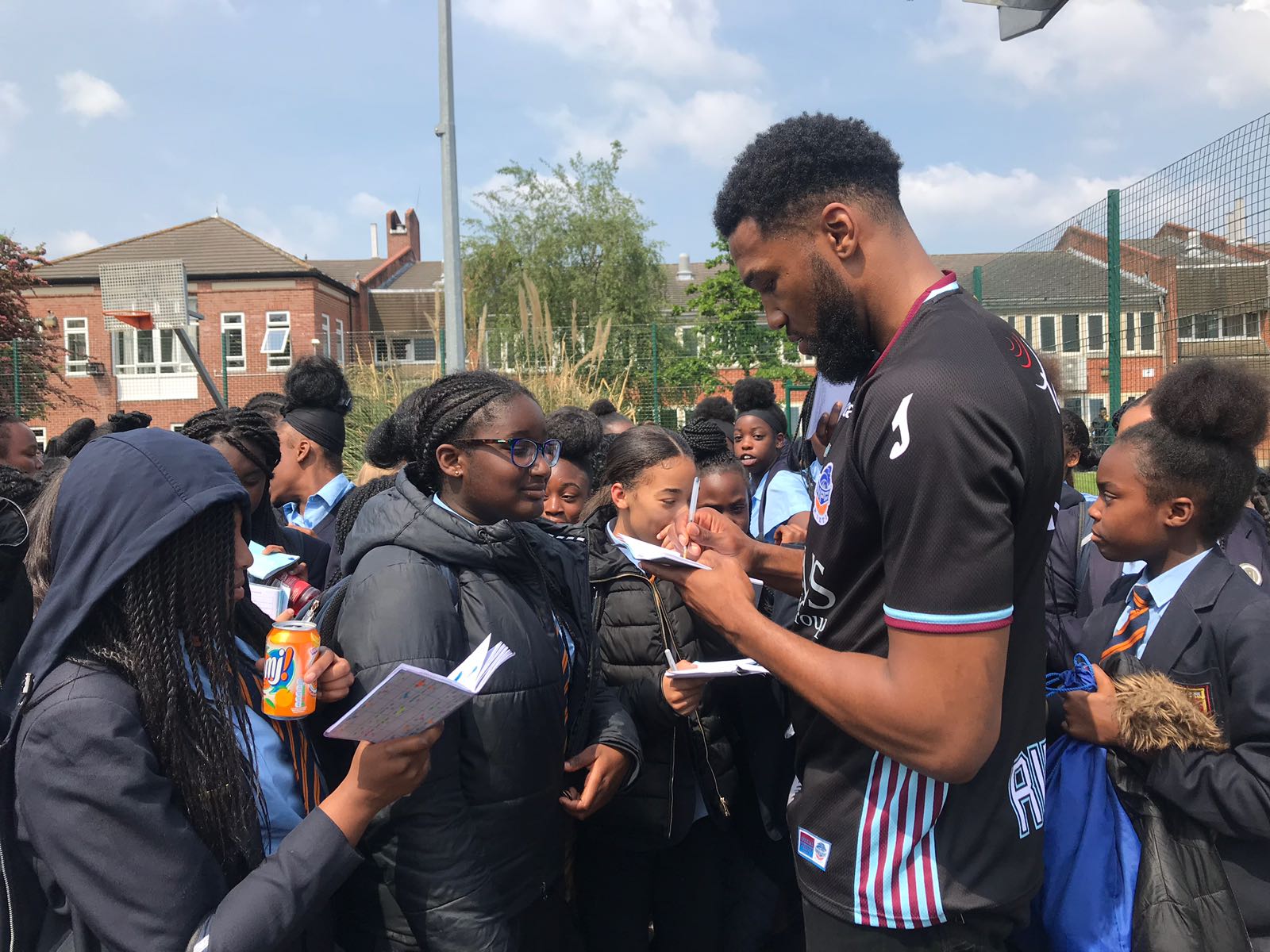 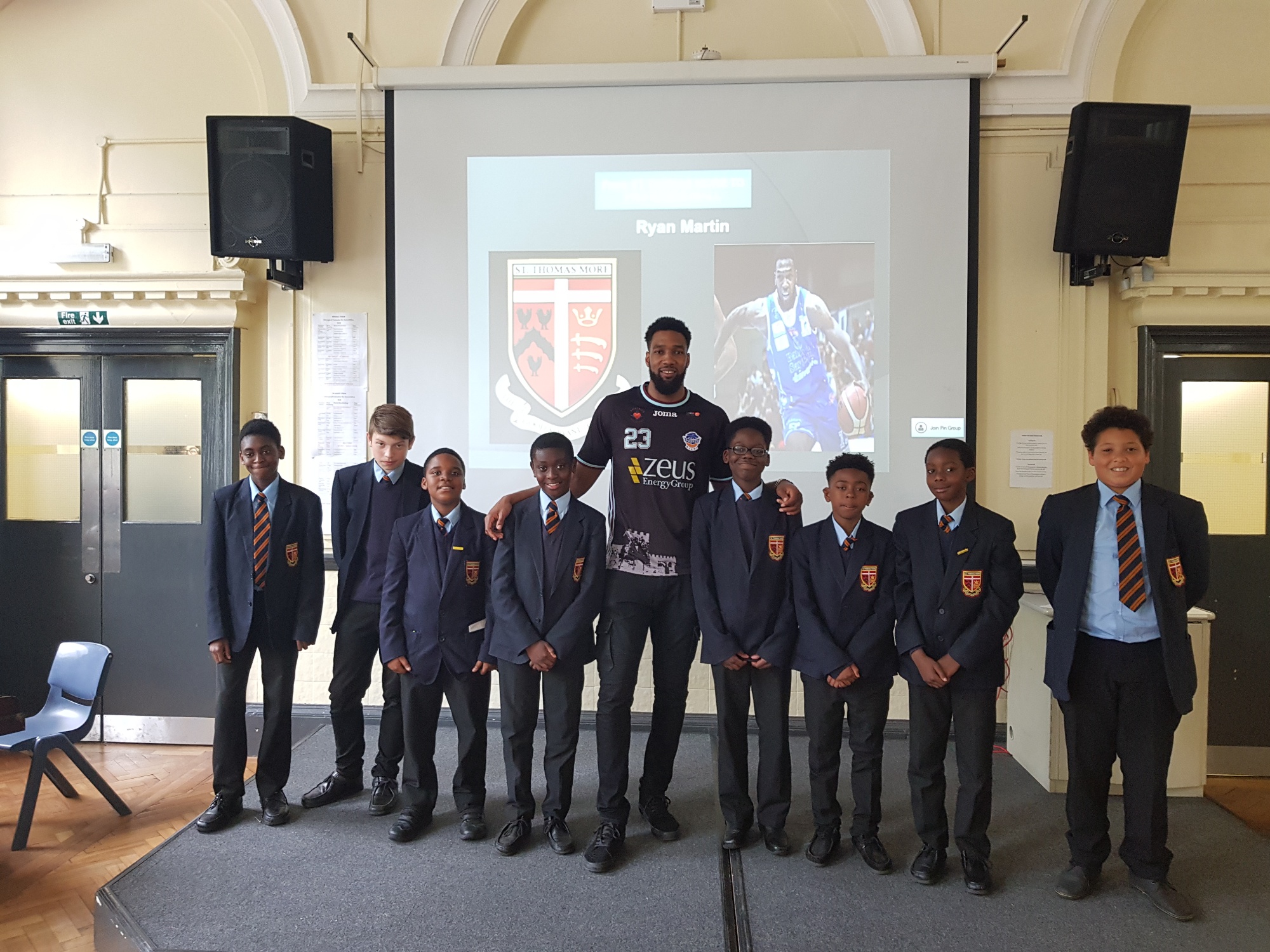 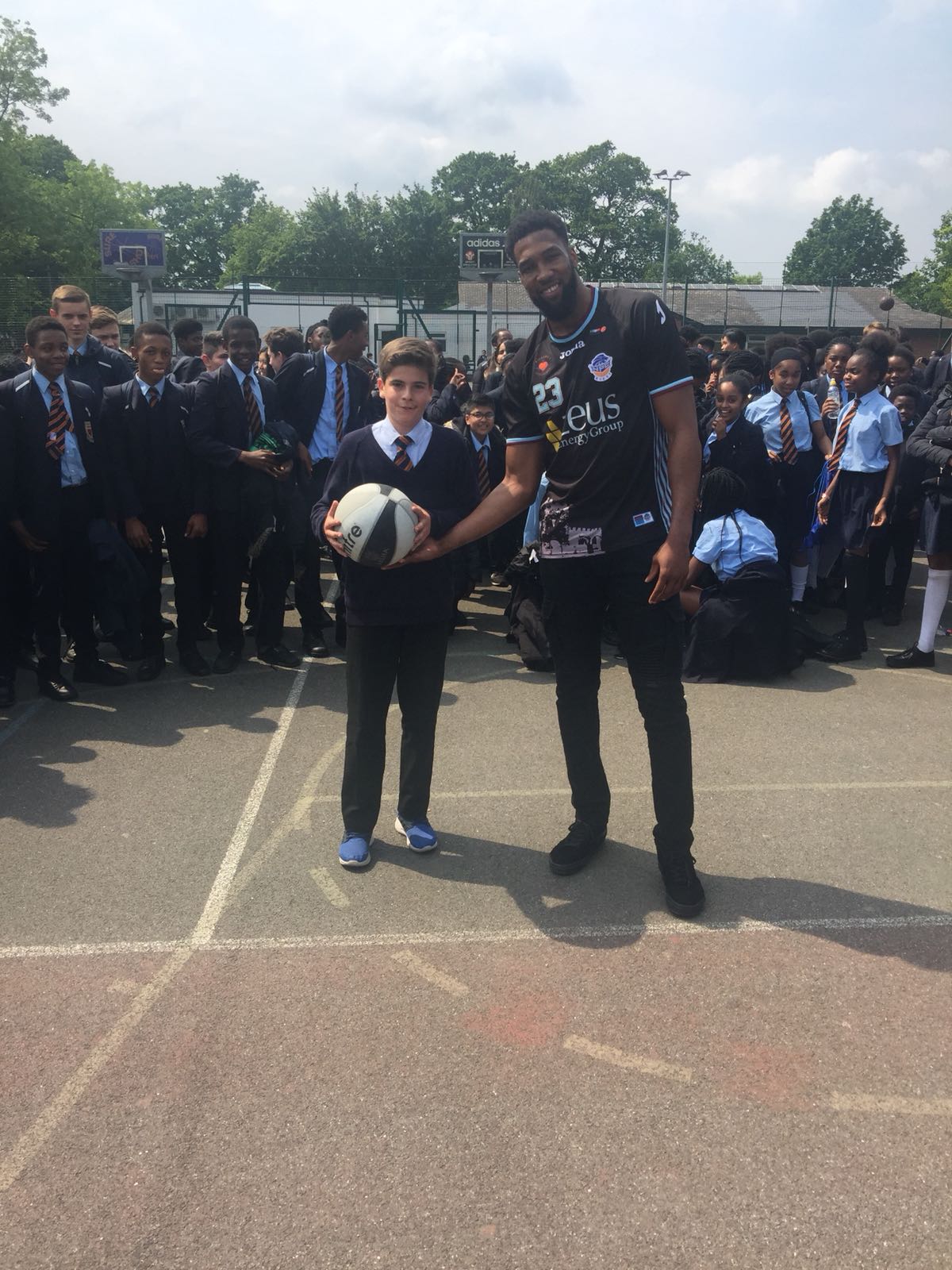 The Year 7 basketball team were victorious against Enfield Grammar School this week, beating them 38-4. Jayshaun Bailey came in to the team and showed his ability as he scored a number of points.

The Year 9 boys’ team finished 1st in the Outdoor Haringey Athletics Championship. The boys won most of their track and field events to top the other eight schools competing in Haringey. The most memorable performance on the day was from Adam Mayombe jumping close to 11 metres in the triple jump! 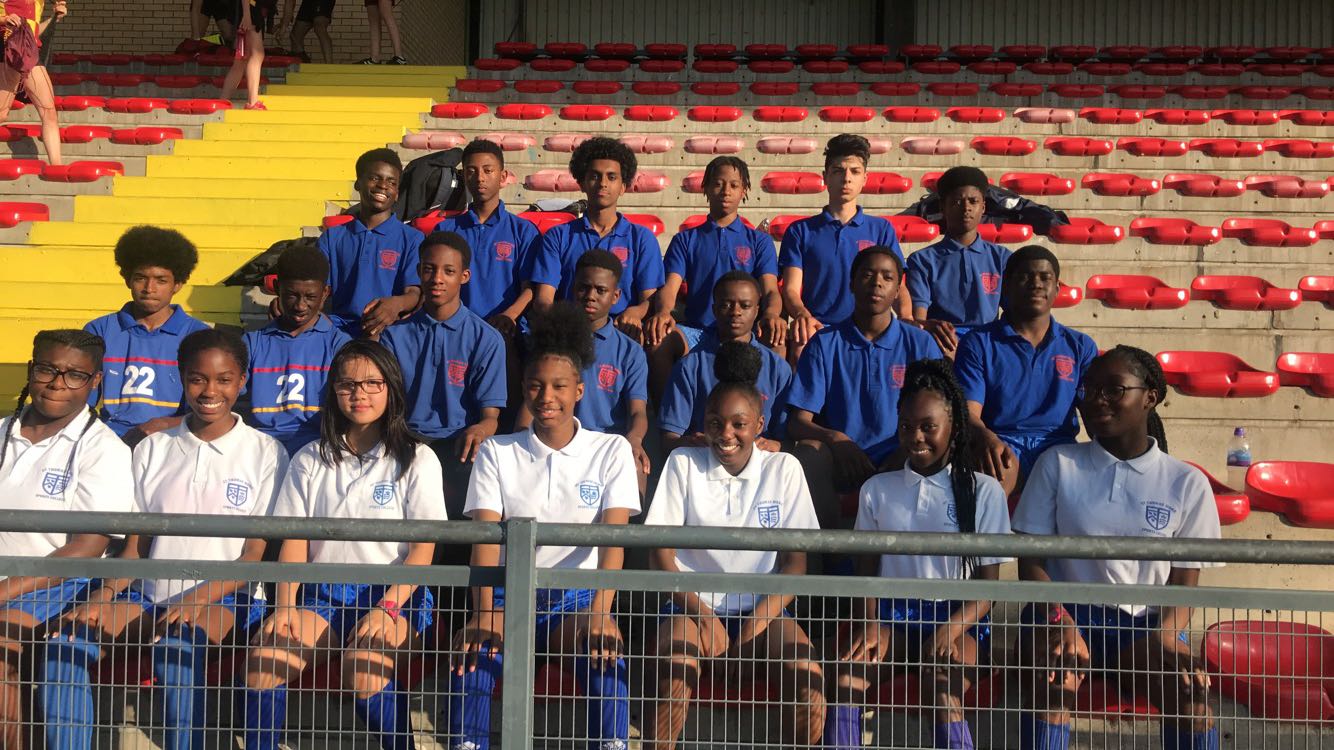