This week has seen fantastic sporting talent in trampolining and athletics.

Our Years 7, 8 and 9 boys and girls gymnastics teams competed in the Haringey Trampolining competition earlier this week and were extremely successful. Each
individual had to produce a 10-bounce routine, which was judged on their skill ability and aesthetics. The Year 7 and 8 boys teams received the gold medal as they accumulated the most points from the judges. Our Year 9 boys took the silver medal as they just missed out on the gold by 2 tariff points. Adebolorinwa Adedokun (Year 8) received gold and Cody Cuenco (Year 8) received silver for the best Year 8 individual routines. Both of the boys managed to incorporate front and back somersaults in their routines, which scored high tariff points. Joshua Vilada- Meija (Year 9) marginally missed out on an individual gold award competing against a GB gymnast from one of the neighbouring schools. He received a well-earned silver medal on the day! The girls’ teams were very
unfortunate not to come away with a medal but they demonstrated several skilful moves on the trampoline. Angelika Jankowska (Year 7) received a silver medal for an individual routine.

This week the Year 7 and 8 boys and girls athletics teams competed in the ultimate final in the London Youth Games. The best school from the 32 boroughs in London were narrowed down to just 8. All of St Thomas Mores’ teams
finished 1st in their regional tier, which means they were amongst the last 8. On the day, the Year 7 boys finished 5th in London, the Year 8 boys finished 4th in London, the Year 8 girls finished 4th in London and the Year 7 girls finished 2nd in London; just missing out on the gold medal by two points. This means our Year 7 and 8 teams are amongst the top 5 school in athletics in the whole of
London. This is a remarkable achievement and testament to the hard work and eff ort the teams have demonstrated this year- well done to the boys’ and girls’ teams. 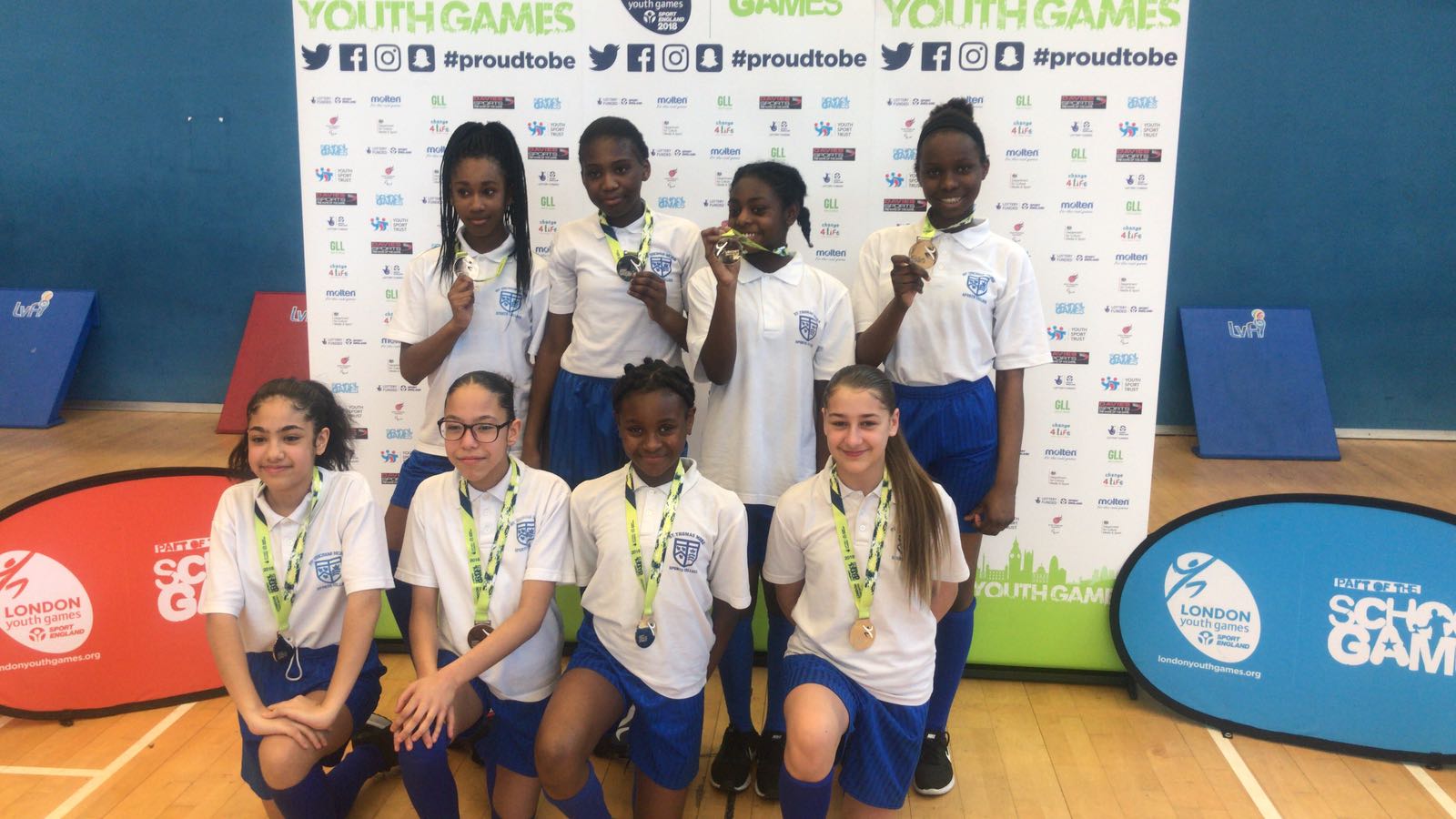