This week our pupils excelled across a broad range of sports, from badminton to basketball to football.

The Year 7 boys' basketball team has made it to nine wins out of nine after winning their first game in the Enfield Cup.  Daniel Situ came off the bench to score a number of lay-ups for the team. The final score on the evening was 18-2 to St Thomas More School.  The team is also through to the Haringey League final after winning their final league game against Gladesmore school. The final score was 33-8, with Jakub, Jesse, Wisdom and Jahzye all scoring several baskets.

The legacy continues after the boys' and girls' teams were both crowned champions on Wednesday evening.  St Thomas More pupils are Haringey Indoor Athletics Champions for the sixth year running. Fantastic individual performances from Michael Osuji, Romeo Emenike and  Kashieve ensured a gold medal for the boys' team. Blessing's individual performance was also special as she finished first in the two lap sprint for the girls. The Year 8 teams have joined our Year 7 teams in the London Youth Games and will also represent Haringey. 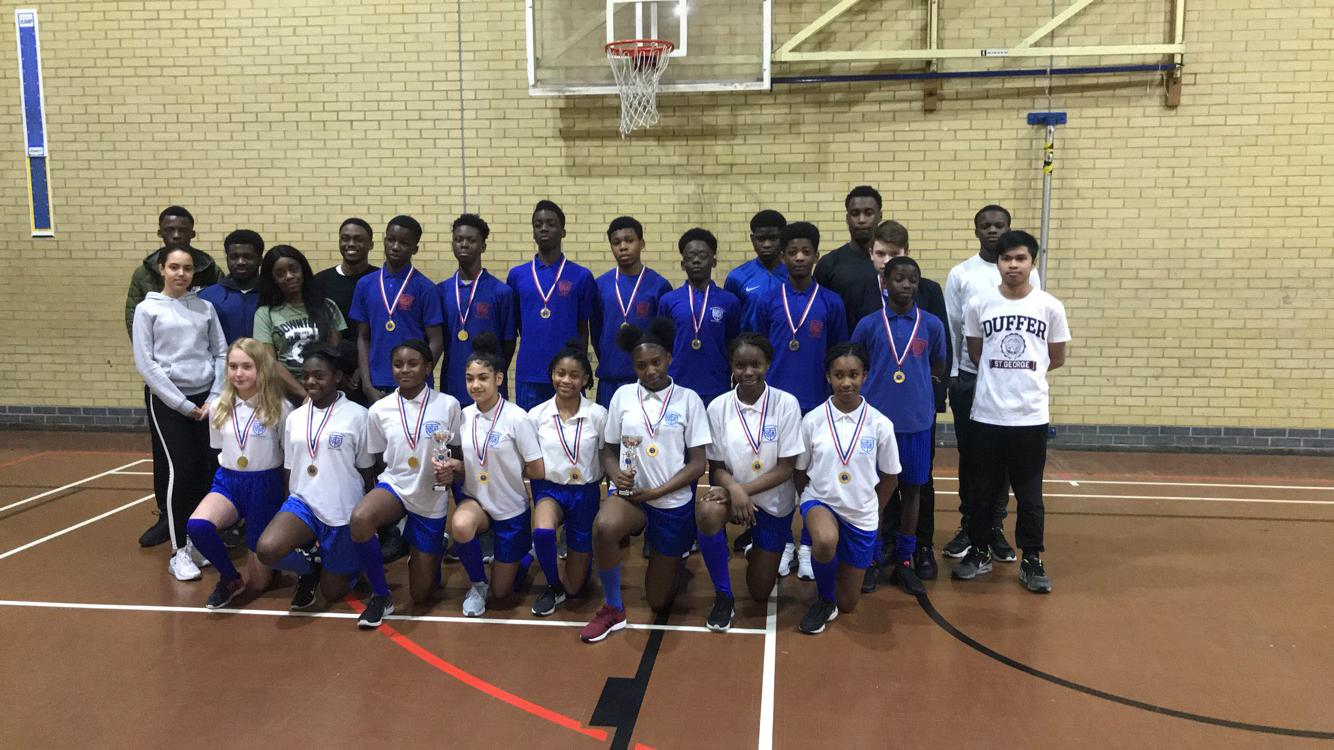 Congratulations to Raymond, Victor, Hao-Xi and Ezekiel for representing the boys' badminton team in the Haringey Cup competition and finishing Second. The boys proudly earned silver medals after winning most of their games in the competition.

Year 10 pupil Khayon Edwards had a fantastic weekend with Arsenal after scoring six goals in the Premier League National Cup. Arsenal were skilful enough to beat Fulham 2-1 in the final, with Khayon playing a large part in the win.

The Netball teams played their final games of the season this week and did themselves and the school proud! The Year 10 team beat  Gladesmore School 11-6, after working hard to hold onto the 5-2 lead they had gained by half-time.  The Year 9 team also played against Gladesmore and brought home another win, at 6-3.

The Year 7 and 8 teams played against Greig City. The Year 8 team showed their determination throughout the match. Unfortunately the did not win the match however their spirit and skill was incredible!  The Year 7 team finished their first quarter winning 5-0 and they went into their second quarter wanting more of the same. By half-time, the girls were leading by 8-0, and took the match with a comfortable 10-1 win.

Well done to all the Teams!  Congratulations on a great week and season!  Netball training will continue on Monday mornings at 07.30.